An Expert Jacks or Better Strategy If you have been playing Jacks or Better for a while, then you probably already have an idea of the basic strategies. For instance, you will know to always bet the maximum number of coins as that is the only way that you can win the game’s top payout (for a Royal Flush).

Furthermore, you may already be aware of strategy charts that tell you which cards you should hold on to and which to replace. However, many of these charts are incomplete and don’t really tell you what you should be doing with weaker hands.

If you really want to take your play to the next level and make the house edge as small as possible, then it is vital that you truly understand what to do in every situation. In particularly, it is important to understand what to do when you do not have a made hand or anything obvious to draw to. In this guide, we are going to look at these types of hands and give you some examples of what to do in different situations.

This may sound a little tedious, but a quick look at the statistics reveals why it is so important. For example, the chance of being dealt a three of a kind or better is only about 2.87%, similarly, you have an additional 4.8% chance of being dealt two pair. There is a much better chance, 42.3%, of being dealt one pair. As such, you may thing that this is the most important type of hand to learn how to play.

However, more than half of the time you will be starting with a high-card hand, so it is these hands that you really need to focus on. 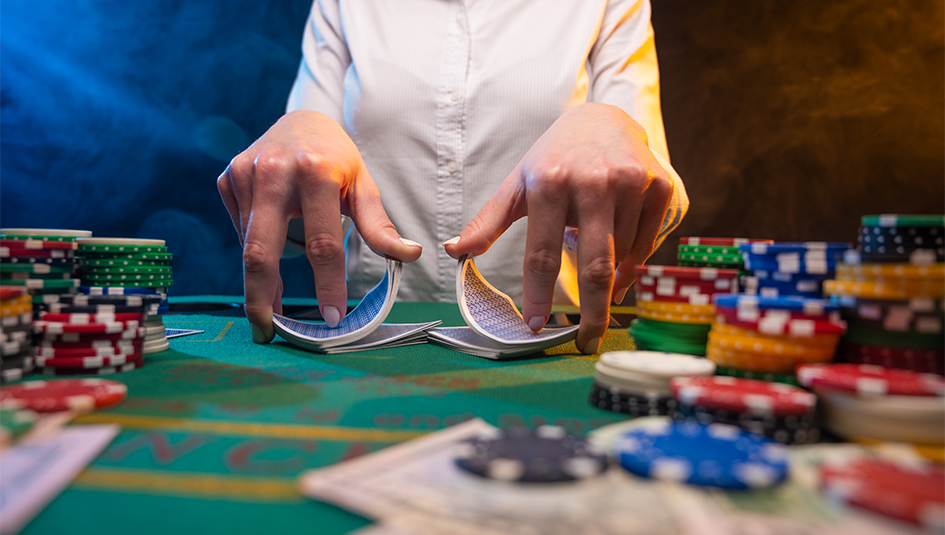 In every hand of Jacks or Better, there are 32 different ways of playing your discards, and this includes not discarding anything at all. Very often, it is obvious what needs to be done; however, with high-card hands it can be far more difficult to make a decision.

Most of the time, if you have a high-card hand you will not be able to make it profitable. However, profit is not your aim; rather, you want to play in such as way so as to avoid losing as much value as possible.

For example, if you are dealt KQJ64 and none of the high cards are of the same suit, then playing with KQJ averages a 0.52 payout and playing just QJ averages a payout of 0.50. This may not sound like a big difference, but it is actually important. It is a difference that is worth about 2% of the value of your bet. If you make 50 of these decisions in the right way, then you will be up one more bet than would have been otherwise. If you make 50 of them incorrectly, then you will have lost a bet that you didn’t need to. Therefore, when it comes to high-card hands, it is a good idea to think of things as aiming for the lesser of two evils. Money that you can avoid losing is just as important as money that you could win with a big made hand. 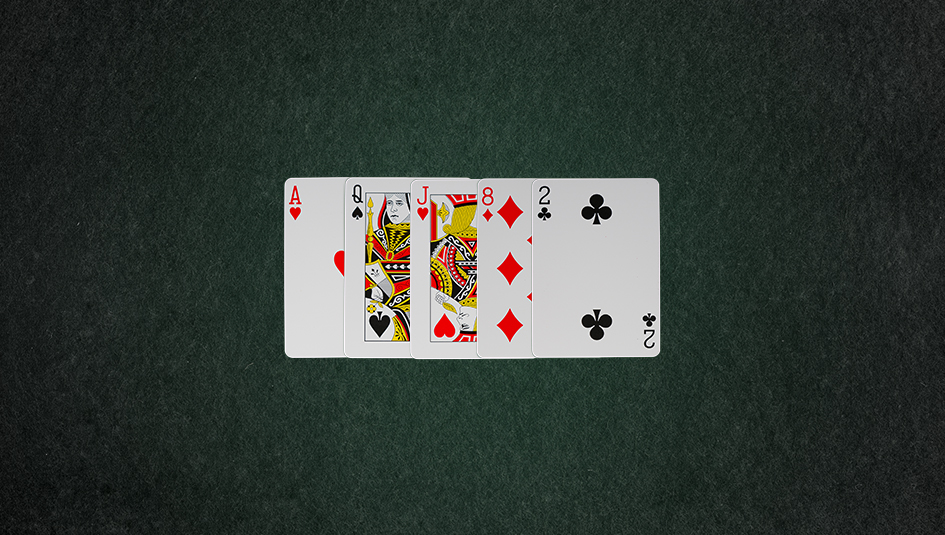 This hand is a good example as it can teach you some basic principles of how to approach high-card hands. To start with if you have a high-card hand with no major draws, then you first need to look at the high cards (jack and up) to see which are available and if they are suited.

A scenario where you have three to a royal is more valuable than when you have four to a flush or four to a straight. However, we will ignore that scenario for now as it is considered a major draw. In this scenario, the question is which of the three high cards are worth keeping. The way to answer this is by looking at their average payout values:

There are some observations here that will be useful for all high-card hands. For starters, all of the two-card pairings have a better average payout than keeping all three cards (the exception to this is if all three cards were of the same suit for a royal draw). Secondly, the suited pair of cards does best; however, the Queen Jack pair does better than the Ace Queen pair, when both are not suited. This is because both hands have the same value from pair-based hands but Queen Jack is slightly more valuable than Ace Queen, as it is more likely to make a straight.

While these are good rules to follow, there are some exceptions, which shall be examined in the next example. 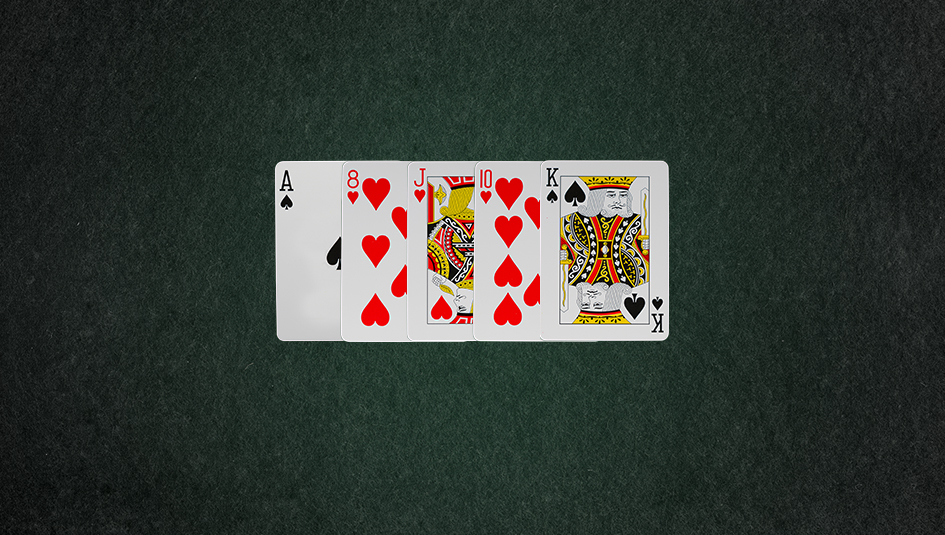 Using the above rules, in this example we have three high cards, so we should first look at their suits. As the Ace and King are both Spades, then they would normally be the cards that are played. However, this hand has a 10 in it, which significantly changes things.

Here are some average payouts for various different options:

The essential take away is that there are two exceptions to the rules of how to play hands with three high cards, if you have three to a straight flush or if you have four to a Broadway straight without having two suited high cards. 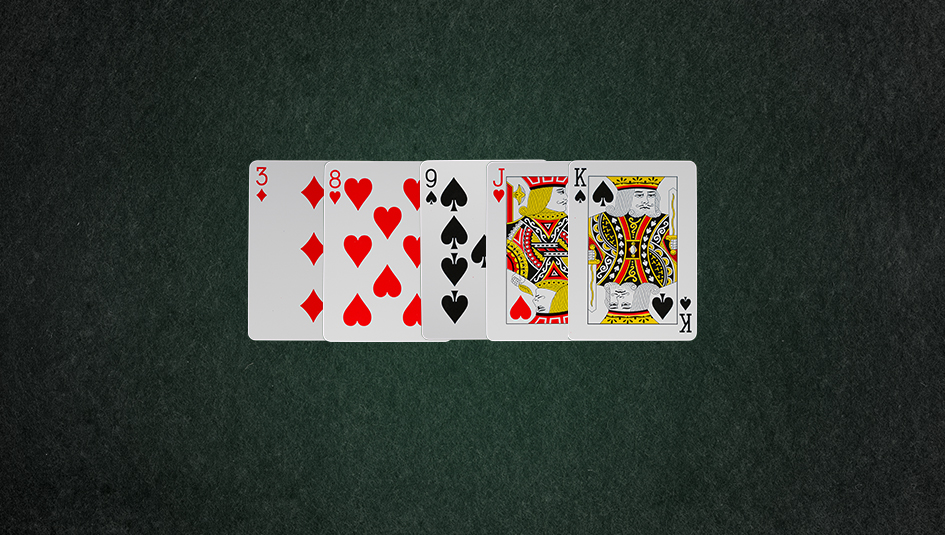 As always, you need to look at the high cards and the suits, as well as if you have any 10s, as these can create exceptions to the rules. In this hand, you will notice that you have two, not three high cards, and that there is no ten.

When you have two high cards and no available draws, then you will nearly always play with those two high cards, regardless of whether they are suited. To illustrate this, here are some average payouts for the different ways to play this hand:

As is obvious, the only sensible way to play this hand is to keep both high cards, and this will nearly always be the case. There aren’t many exceptions to the rule to be aware of, except for that discussed above, with three to a straight flush (even with a gap) being better to play for than two not suited high cards. 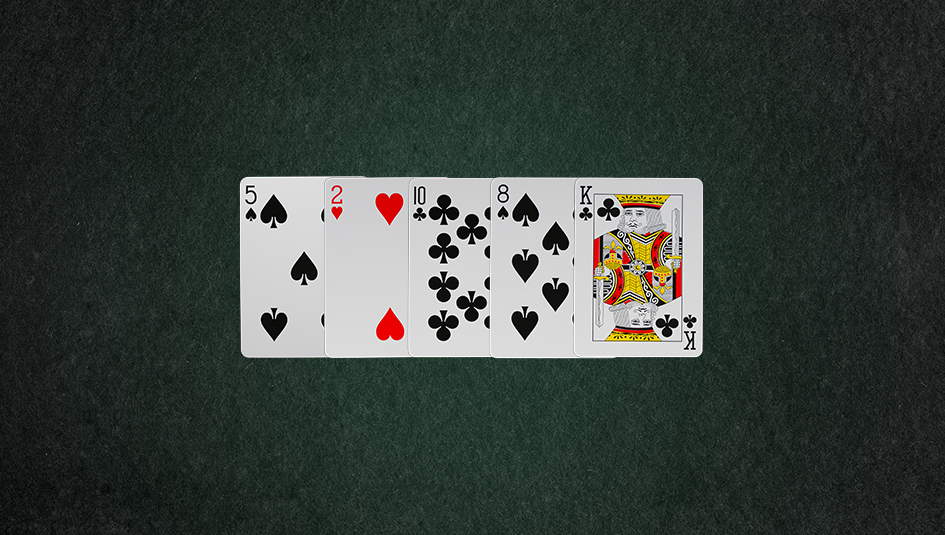 If you look at the payouts for this hand, then the exception becomes obvious:

The exception to the rule of discarding all but the high card is when you have a King, Queen or Jack paired with a suited 10. It is important to remember that this does not work with an Ace or non-suited combinations.

Essentially, you first need to look at how many high cards you have, what their suits are, and if you have any 10s. Once you have that information, using the above rules, it is not very difficult to understand what to do. The trick is in remembering the exceptions to the rules, as they are not intuitive. However, if you study this guide carefully enough, then they will soon become second nature.

Adopting advanced strategies such as these and looking at how you can minimise your losses in weak situations will make a difference in the long term. While these hands will never lead to huge payouts, they will come up time and time again, so knowing how to act is essential if you want to play with the best possible strategy.