All gamblers have a budget, but for most of us, it is never going to be very big. We might go for a special night out at a casino with a few hundred dollars in our pockets, but on a regular basis it is unlikely that we will bet more than about $50 in a session, whether online or offline. However, there are a few players who truly bet astronomical amounts, those known as high rollers.

Broadly speaking, there are two types of high roller. There are professional gamblers who have built up huge bankrolls over many years and there are extremely wealthy people who love gambling and have the funds to do it in true style. Some of these high rollers will bet millions in each session without worrying about it, something most of us can only dream of. Over the years there have a number of extremely famous high rollers, keep reading to learn about them. 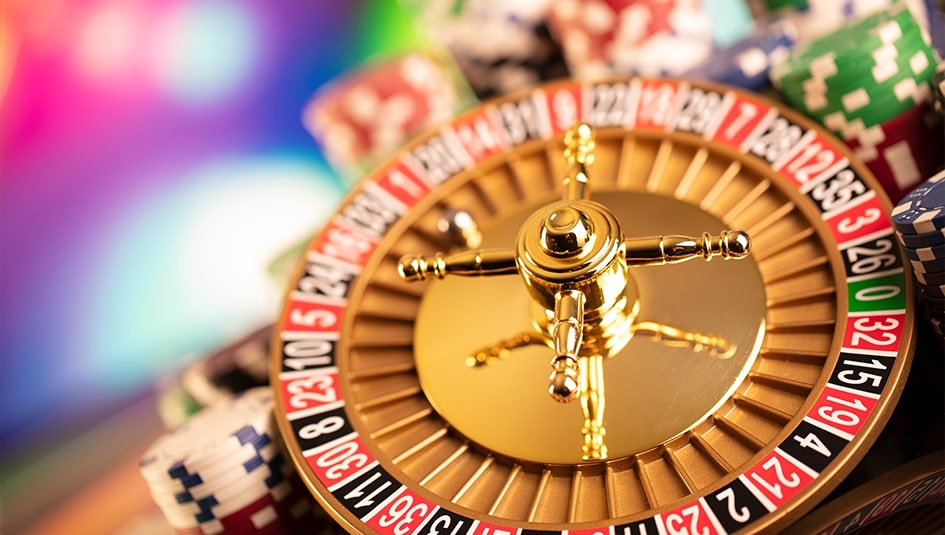 Phil Ivey is one of the most famous gamblers of all time and arguably the best poker player in history. Ivey regularly tours the world taking part in poker tournaments and playing in various different casinos. In many ways, he embodies what being a high roller is all about. Over the years, many people have tried to estimate how much Ivey has won and lost, but it is almost impossible. For example, he will sometimes just bet $100,000 on a single roll on the craps table and he has been known to bet almost double that on a hand of baccarat! 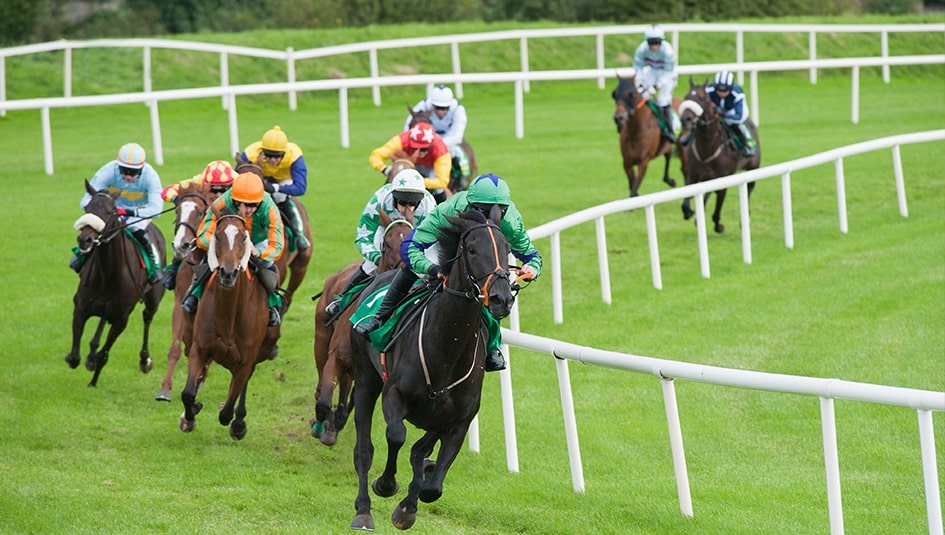 Archie Karas is a legend within the Las Vegas casino community. He arrived at the Las Vegas Strip with just $50 in the world and through gambling alone turned it into a massive $40 million. However, he then proceeded to lose his fortune in the casinos, so there is definitely a lesson to be learnt. Karas’ success was one of the greatest high-roller streaks in gambling history, but it took him less than a year to lose it all. In other words, Karas truly represents the highs and lows of Las Vegas.

Charles Barkley is one of the most famous basketball players of all time and he certainly earned his place in the NBA hall of fame. However, in addition to his exploits on the basketball court, of which there were many, he is also known for his high roller gambling. It is thought that Barkley has lost more than $30 million in casinos. He has even taken part in live casino competitions and seems to love the attention. 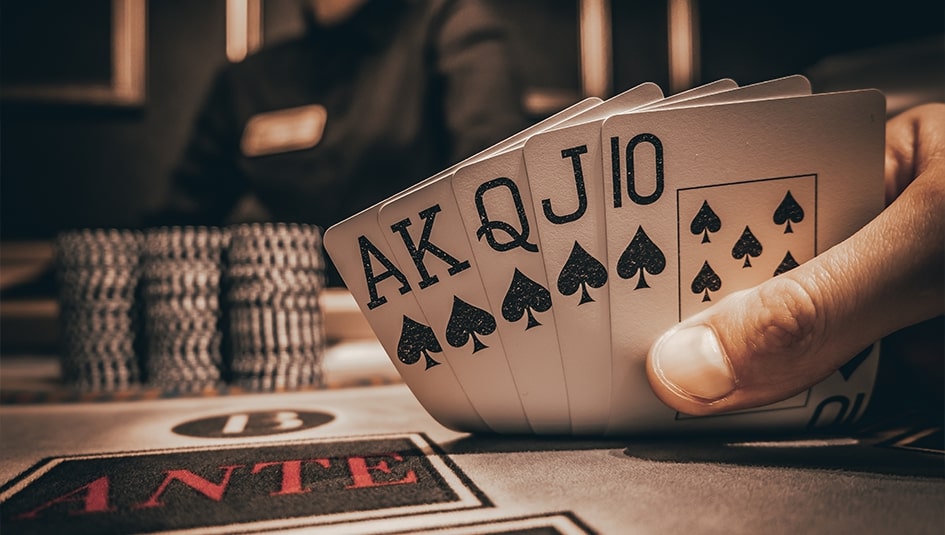 Adnan Khashoggi almost seems like a character from a spy film. He made his money as an international arms dealer, but spent a great deal of it gambling. Khashoggi had a personal wealth of $4 billion at one point, so it is no surprise that the man was betting big. He was a passionate gambler and also a very skilled one, meaning that casinos were not always happy to see him. According to legend, at one point Khashoggi had such a strong winning streak that profits at the Hilton casino organisation dropped by 20% in the same period.

The Sultan of Brunei 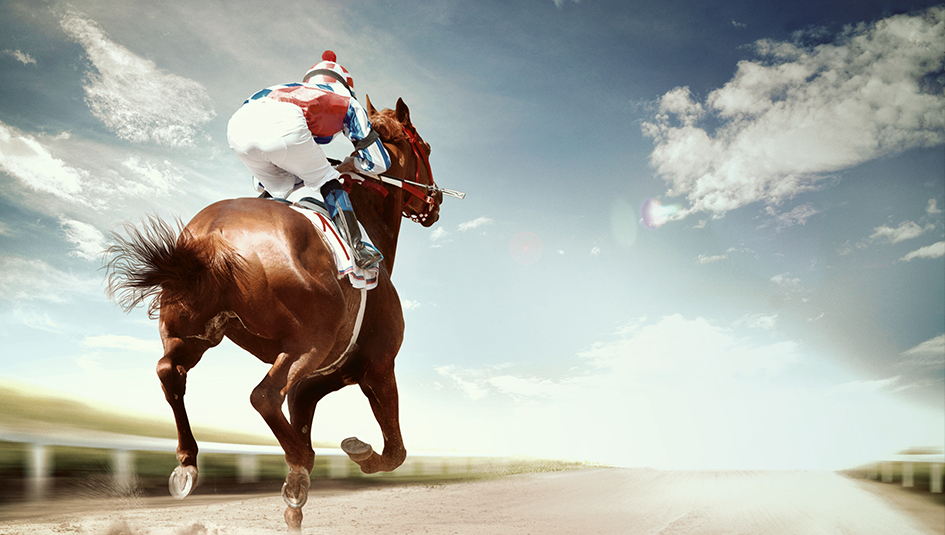 The Sultan of Brunei is well known as one of the wealthiest people in the world. In addition to a passion for cars, he is also a highly enthusiastic gambler. His net worth is estimated to be $20 billion, so there is no doubt that he can afford to indulge his passions. The Sultan frequently visits casinos in London and Las Vegas, and he has been known to bet as much as $1 million per day when visiting. 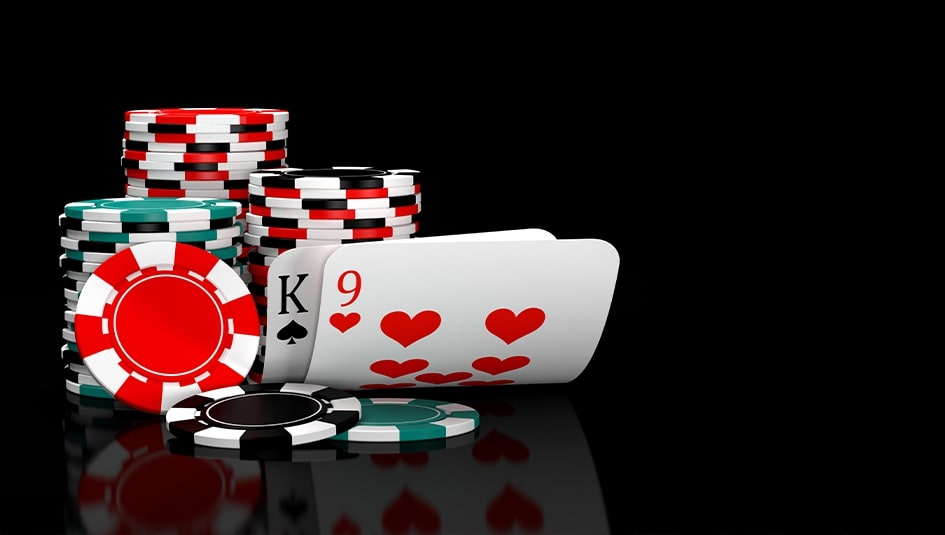 Kerry Packer was an Australian media mogul who accumulated a vast wealth through his work and spent a great deal of it at high roller casino tables. He once visited a London casino, placed a $15 million bet on Roulette, lost it, and calmly left without a care in the world. It is also claimed that he once bet a ridiculous $120 million on a single coin toss. However, he didn’t always lose. He once won $33 million when betting at the MGM in Vegas. 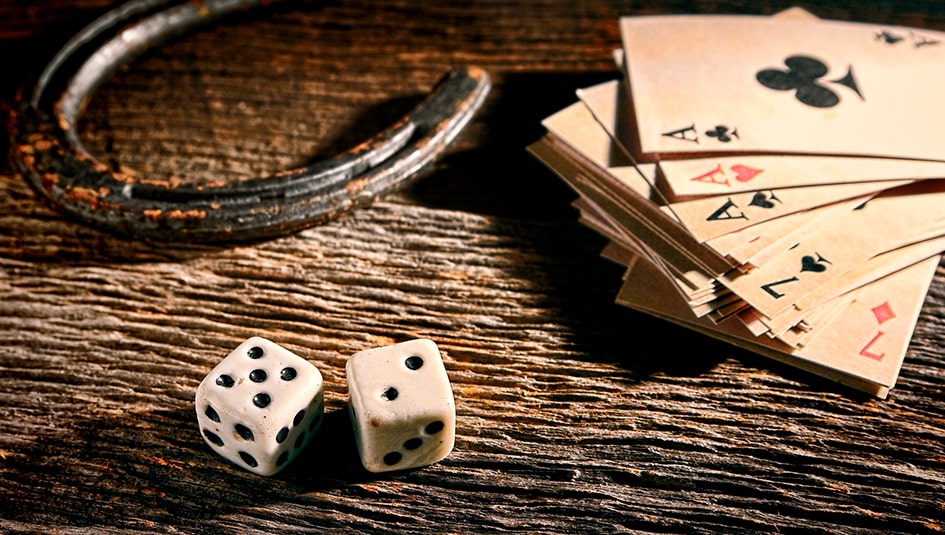 Fouad Al-Zayat was an extremely successful Syrian businessman and entrepreneur. He was also a very enthusiastic gambler and would frequently visit high roller gambling spots in London. Eventually, he self-excluded himself from all gambling venues in the city. At one point, he spent over $25 million in one London casino and was then handed a court order to pay a further $2 million that he owed. 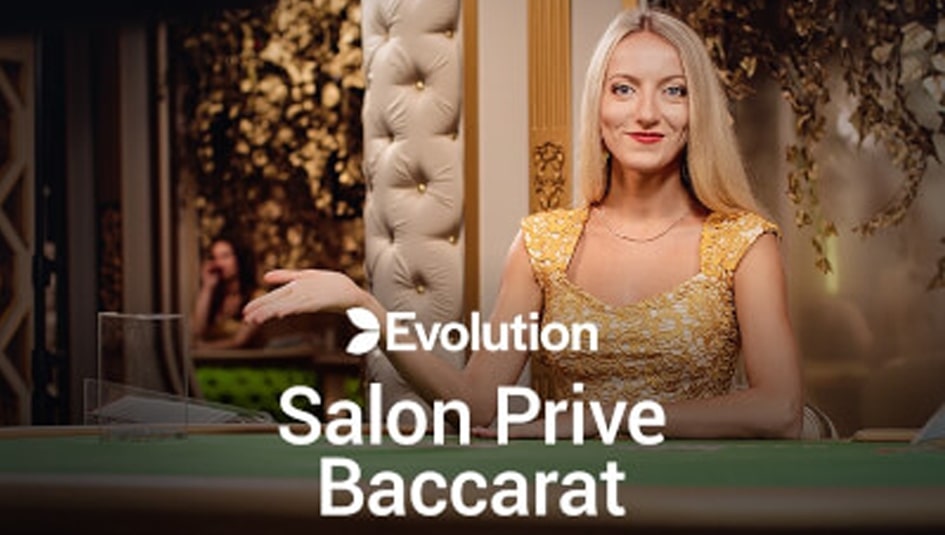 Not much is known about Mo Chan, but there is no doubt that he is a high roller. He suddenly appeared one day in Australia and received a lot of media attention after an incredible run of $10 million. Chan almost exhausted the casino’s funds and they had to put a limit on his betting. Essentially, they prevented him from betting as much as he wanted on Baccarat as he was winning too much. There are reports that he would bet up to $500,000 per hand, but once the casino limited his betting, the man vanished. 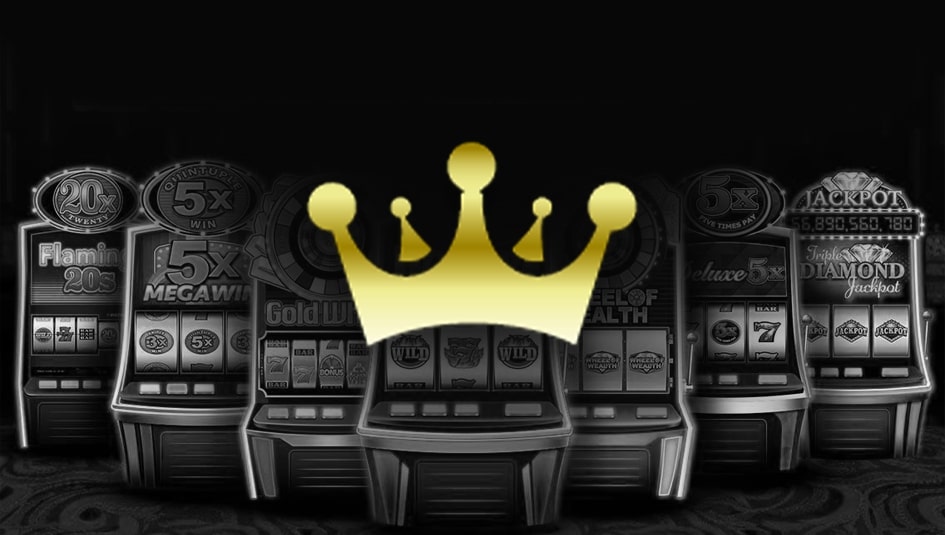 Many people have called Amarillo Slim the “best gambler of all-time” and it is not without reason. He began as a poker player from Texas, but he did progress to other games, and it was these exploits that made him internationally famous in the gambling world. In the end, Slim was best known for making silly bets, such as that he could beat a horse in a 100-yard race, beat a professional tennis player with just a coke bottle, or beat a champion pool player with a broomstick. According to the stories, he would use a number of silly tricks to secure his wins, but they were still recognised by all involved. Amarillo Slim died aged 83 in 2012, but he will remain a true legend of the gambling world for years to come. 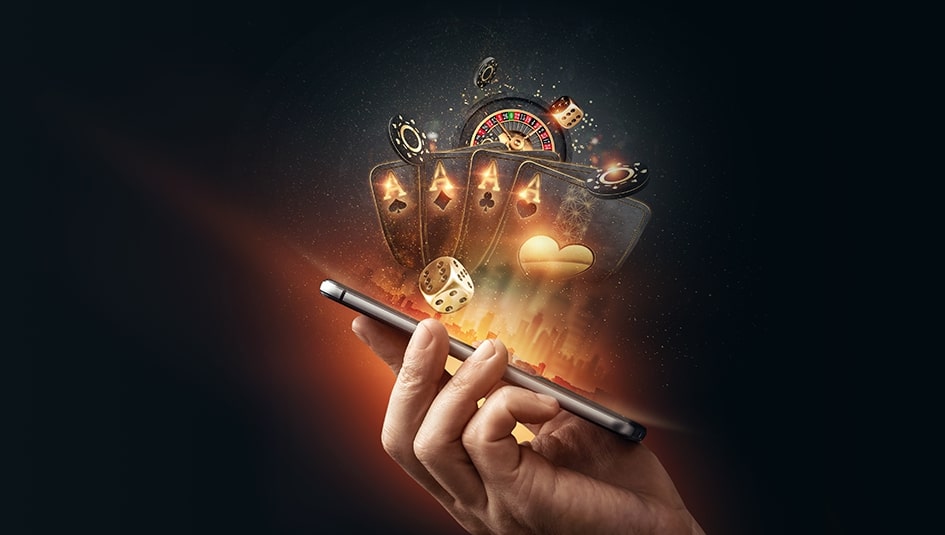 Gamblers are forever talking about luck, and there will be endless debate about the role it has to play. However, Edward O. Thorp was a gambler who proved that luck is not everything. He was a highly intelligent maths professor, author, hedge fund manager, and most relevantly, a blackjack researcher. In fact, he was the man who invented card counting. He published a book in 1962 outlining his blackjack strategy, which led to casinos losing more money than ever before. When Thorp himself utilised his strategy, he was able to make an hourly profit of $3,000, a truly remarkable feat. Given how many gamblers read his book and adopted his strategy, it is likely that he has cost casinos a fortune. 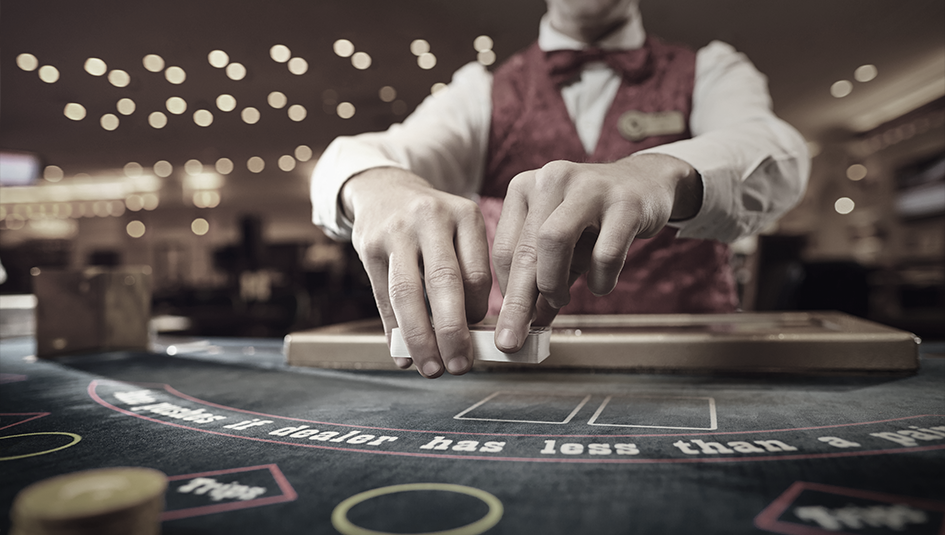 Rich Asians have a reputation for being some of the biggest high rollers in the world and there is no doubt that they are welcomed by casinos across the world. The small group of ultra-wealthy people are known for their love of risk taking, in particular when it comes to casino gambling. Zhenli Ye Gon was a Chinese-Mexican businessperson who according to the stories was heavily involved in the Mexican meth business. This seems quite likely considering that when the police raided his home in Mexico City they found close to $200 million in cash.

The drug business aside, Zhenli Ye Gon loved gambling and it is clear that Las Vegas casinos were hugely important to him. In the end, he quit gambling, but he donated $120 million to Vegas Casinos after doing so. In fact, he used to gamble so much money at the Venetian that they gave him a Rolls Royce as a thank you present. Anyone who receives a Rolls Royce as a casino comp truly deserves to be known as one of the biggest high rollers in history. 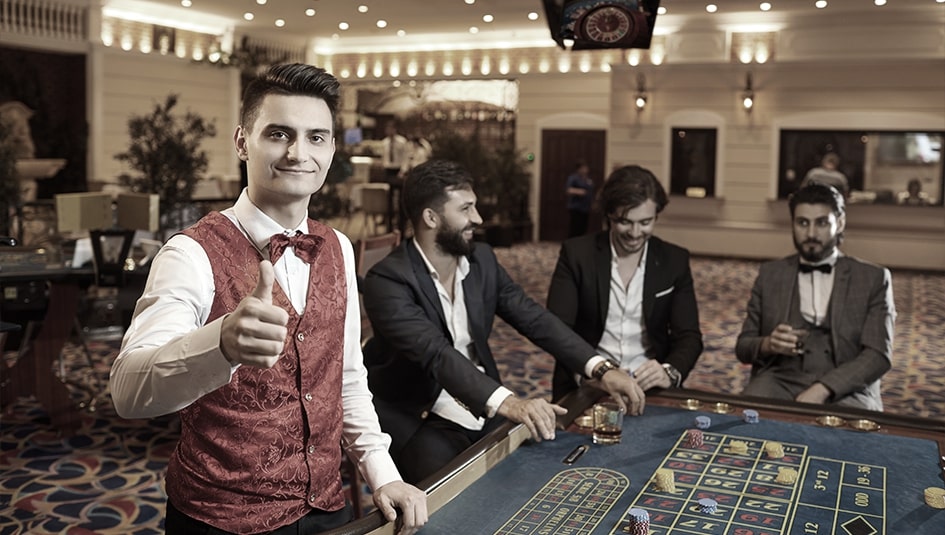 Bill Benter is thought to be one of the richest gamblers of all time. Appropriately, the man made his money by developing an algorithm to predict horseracing in Hong Kong during the 1980s. Benter moved to Las Vegas in his 20s where he met the head of an Australian group that were working as a card counting team. Benter was impressed by what he saw, so he joined the group and they started making money.

Before long, Benter was making a good income with card counting, but he wanted to win even more by trying his luck at horseracing. During the years he spent in Las Vegas, he practised his skills in statistics and programming, and using them he then put together a system that he could apply to the sport in Hong Kong. Today, Benter has a fortune of almost $1 billion, mostly as a result from his success at the horses.

There are bound to be more names to add to this list in the future. Don’t worry if you can’t afford to gamble the same amounts as the people described above, stick to your bankroll and make sure that you are always having fun. Who knows, if you are really lucky then you could hit some big wins, grow your bankroll, and then start placing some massive bets of your own! How to Become a VIP High Roller Player